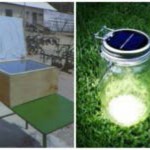 During World Council 2011 in Zurich, Monika Simeon – General Secretary of the YWCA Namibia and World YWCA Board Member – approached the delegates of the YWCA of Germany. Monika wanted to meet the German delegates to exchange thoughts on the painful history that their two countries shared. The women struck up a friendship and a couple of months later the YWCA of Germany invited Monika to be their guest speaker at their Annual Meeting in October 2011. During her speech Monika gave a vivid report of her work and the challenges faced by the YWCA of Namibia. Her words – “The YWCA is not about money, it is all about skills” – struck a chord with the ladies from the YWCA of Germany and they decided to partner with the YWCA of Namibia.

During her visit to Stuttgart, Monika talked about the income-generating sewing project of the YWCA of Namibia and of their need for another sewing machine. Through a generous sponsor the YWCA of Germany put together the money for a new sewing machine. Monika also expressed the wish to put one of her members into kindergarten/early child development training. The YWCA of Germany collected almost 1000 Euros, and in February 2014, a young woman, Elise, started a 9 month early childhood development training with an NGO in Windhoek. “So far, Elise seems to be doing well and we hope that she will finish the course at the end of the year with a certificate in ECD training. We are already thinking about how to finance a kindergarten and/or a crèche, but this will only possible with the help of a charity foundation,” said Ursula Lueders from the National Office in Stuttgart of the YWCA of Germany.

In March 2014, the YWCA of Germany held their Round-the-World Breakfast in honour of World YWCA Day. During the breakfast they discussed how solar equipment and energy can have a quick and lasting effect on the lives of women. Ursula Lueders shares with us what happened next:

“A senior expert from a government agency told us about cooking boxes and water heaters that he had built with students in Namibia, and about a photovoltaic system he had installed on the roof of a girls school in Uganda which brought light to the school and helped the girls to live in a safer environment. Then Hanne Braun, former president of the YWCA of Germany, informed the audience about the solar jars. 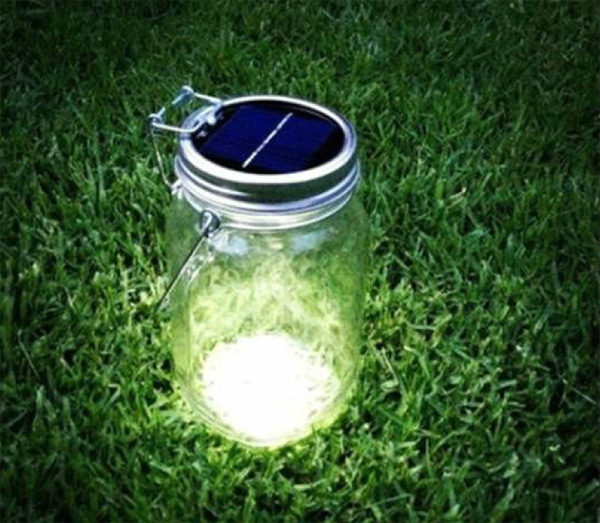 A regular 1 litre preserve jar with a solar panel and LED light mounted in the lid.

A friend of Hanne’s family, a well-known musician, sponsors the solar jar project here in Germany. So Hanne got in touch with the man who is the distributor in our area. The solar jars are made in South Africa by the Consol Company, and it consists of a regular 1 litre preserve jar with a solar panel and LED light mounted in the lid. When charged by sunshine during the day, it releases light by night for about 6 hours. It is “bottled sunshine” – a very appealing idea indeed! The jar is designed and manufactured near Johannesburg and has created a number of full-time jobs for formerly unemployed and unskilled men and women.

The idea is that the solar jars can help light houses at night and they will be much safer than kerosene lamps. Here in Germany they could be used for gardens, houses etc. At the Round-the-World Breakfast the demonstrations of the Consol Solar Jar was very convincing and over 20 jars were sold. Hanne Braun sold jars in other women’s circles and from the profit we asked the manufacturer in South Africa to send jars to the YWCAs of Namibia and Kenya. However, we still have to resolve the problem of paying customs” said Ursula Lueders.

The idea behind this exciting partnership is for thesolar jars to replace the traditional kerosene lamps with their harmful side effects and fire hazards. Furthermore kerosene is expensive and the use of solar jars will diminish household costs. The Solar Consol Jars, once they have been purchased, cost no money to maintain and they bring light to areas that have a poor or no supply of electricity at no cost. The Consol Solar Jar can truly help to make life safer and easier. In Europe, on the other hand, the Consol Solar Jar increases the awareness of alternative uses of energy and demonstrates how solar energy can save energy when electricity prices rise steadily.

“With the experience and know-how gained at our Round-the-World Breakfast and the wide acceptance of the solar jars even here in Germany, the German YWCA hopes to organise a workshop in the future,” said Ursual.

Keep your eyes and ears open for this exciting project!