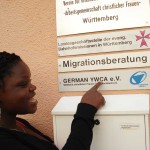 My short trip to the YWCA of Germany made a great impact in my life as I learnt so many things. Most of the staff members are volunteers who offer their time and energy to serve the community especially young women and girls. I was privileged to be hosted by Hanne Braun the former President of the YWCA of Germany and who has been a member of the YWCA movement for more than 30 years including serving as an Executive Board member of the World YWCA.

Some of the programmes that they run for young women are just fantastic and so empowering. The first programme that really inspired me was the Banoff Mission which is run by the YWCA of Germany and Lutheran mission; it stands at the Stuttgart train station. It is open for information exchange for the young and old people who arrive at the train station and need assistance on how to get around Stuttgart. They provide travel assistance, information, counseling, referral and emergency crisis. They also give special support to different kinds of people with difficulties in travel such as people in social distress like: migrants, homeless families, women and children who have experienced violence, disabled people, those suffering with mental health problems and drug abuse. They work closely with special institutions like social workers, Federal Railways and the Federal Border Guard. They also cooperate with institutions for the youth, the homeless, women’s shelters, and mental health counseling centers, offices and senior services for people with an immigrant background. 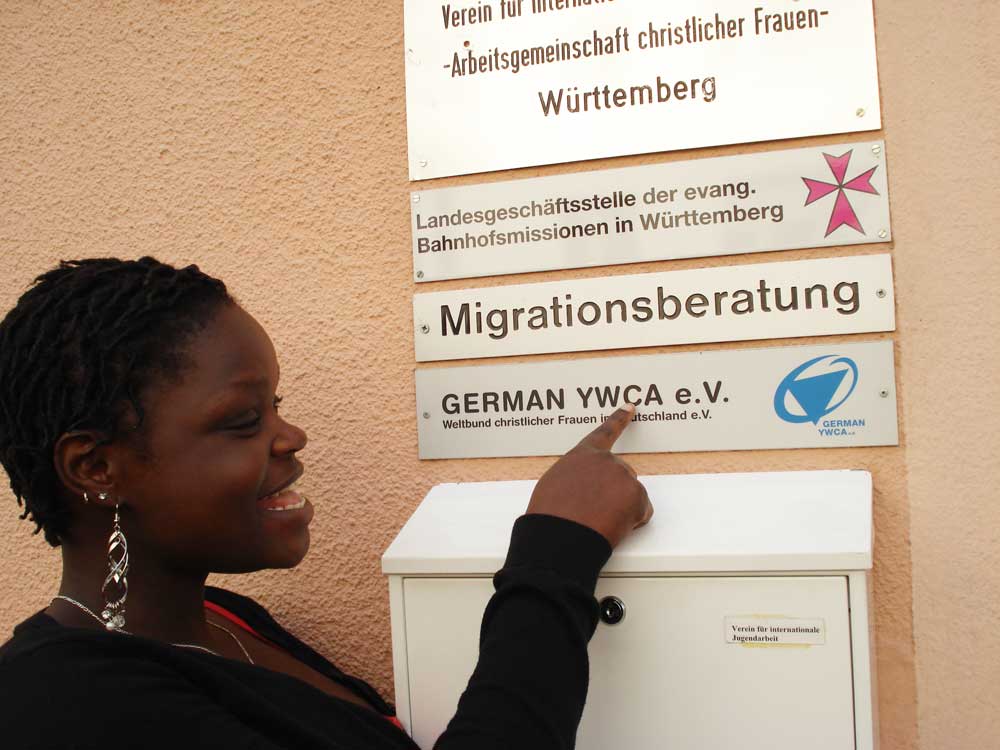 The other programme is the Women’s Information Centre in Stuttgart (FIZ) which is a counseling service for migrants from Asia, Africa, Latin America, Central and Eastern Europe. Its work focuses on the psycho-social counseling and support for women who have come as marriage migrants to Germany. The second target group is the actual or potential victims and witnesses of human trafficking and forced prostitution. This includes crisis intervention, follow-up of court cases, help in developing and implementing a self-determined life planning and support for women returning to their home countries. This is funded by the state of Baden-Württemberg, Stuttgart, the Evangelical Lutheran Church in Württemberg and various foundations and donations.

Migration is a major focus of the YWCA of Germany specifically local branches in Cologne and Stuttgart. Many young Women from Africa, Eastern Europe and other parts of the world see the migration to Germany as a way to escape poverty, unemployment, inadequate access to education, traditional gender roles, discrimination and corruption. These young women also have high hopes of being able to support their families or themselves. Due to false information and sufficient language barriers, these women are at risk of being exploited or forced into prostitution. This project helps such people by providing Information about labour exploitation and human trafficking, volunteer services, internships, study visits and Au Pair opportunities. They are also advised about their stay in Germany and where to seek help in a crisis or emergency situation. Illegal immigrates who are willing to return to their home countries are also assisted to do so.

During my visit, my host Hanne Braun took me around Stuttgart to see different places and scenes and also meet the sex workers who are mainly young women who do this not because they want to but because they want to support their families and are unable to get jobs. The YWCA of Germany also has a Programme with the sex workers where they are taken through counseling sessions and helped to get alternative jobs. It was a life time experience, to learn all that they do and to go to Germany for the first time was so great.